What Are Archimedes Wind Turbines

Engineers have been creative in making wind turbines more compact and less expensive. The innovations are progressing positively, from funnel-shaped designs to a set of blades that can double as a turbine and a marine energy device.

However, climate advisers question any item’s longevity, as alternatives to existing green technologies have not always been successful. What if companies made wind turbines accessible so you could put them on your home’s roof?

It requires skill to market these products commercially, so how can obstacles be eliminated for companies trying to go residential? The Archimedes wind turbine, also known as the Liam F1, is trying to accomplish that.

The New Mission for Wind Power

It all began in 2003 at a renewable energy startup in the Netherlands called KE Tech. Inventor Marinus Mieremet’s goal was to use the Greek mathematician’s insight the turbine was named after to change the landscape of urban wind power. Archimedes’ invention of the screw pump and compound pulley became this turbine.

Residential wind turbines could give individual homes the agency to generate most of their electricity, depending on the region. A combination of solar panels with wind turbines like this could easily allow communities to go off the electricity grid.

After patents started rolling in, operations moved to South Korea in 2016 to continue the work of lowering the world’s carbon footprint. Tests have been performed in fields and wind tunnels, showing promising results.

The most notable feature of the Archimedes wind turbines is its unusual design. Most are familiar with the three-bladed colossal structures making up wind farms. However, this wind turbine looks to capture more of the wind’s power from all directions. Reimagining wind turbines into new shapes like the Liam F1 could pull as much as 80% of the wind that hits it.

The screw design allows it to pivot, harnessing up to 60 degrees from its central axis. It is made of three circular blades instead of the traditional straight ones. These encircle each other to create a Nautilus shell. This method has proven more effective in generating electricity by capturing more of the air potentially lost by different designs.

The conical shape ensures the blades spin with the least resistance. This means noise pollution drastically decreases. Its axis also allows the turbine to orient itself to where the wind is blowing by default, further reducing potential noise.

Larger wind turbines also run into the obstacle of turbulence. One of the reasons this is an issue with standard models is because of the space between the blades, which allows for more vibrations. Since the Liam F1 is shaped like a cone, the negative space is virtually nonexistent, making it quieter overall.

The average speed of a typical wind turbine is 180 miles per hour. This can disrupt wildlife habitats as well as human-populated communities. The sounds could interfere with the animals’ senses, making them unable to avoid predators or find their pack.

Archimedes Wind Turbines Are the Future of Wind

Wind turbines have been changing the renewable energy landscape since the early 1900s. They drastically reduce conventional power costs and help farmers maintain their property with their valuable tax benefits and passive income. The Archimedes produces 1,500 watts per hour at average wind speeds, so it’s easy to envision a world with cheaper electric bills or none at all.

Everyone is hard at work finding clever ways to reduce carbon emissions, especially regarding energy. Sustainable options are not immune to improvements, but the future of wind power looks productive and optimistic. Its different product innovations and continued technological progress have made anything seem possible. 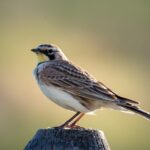